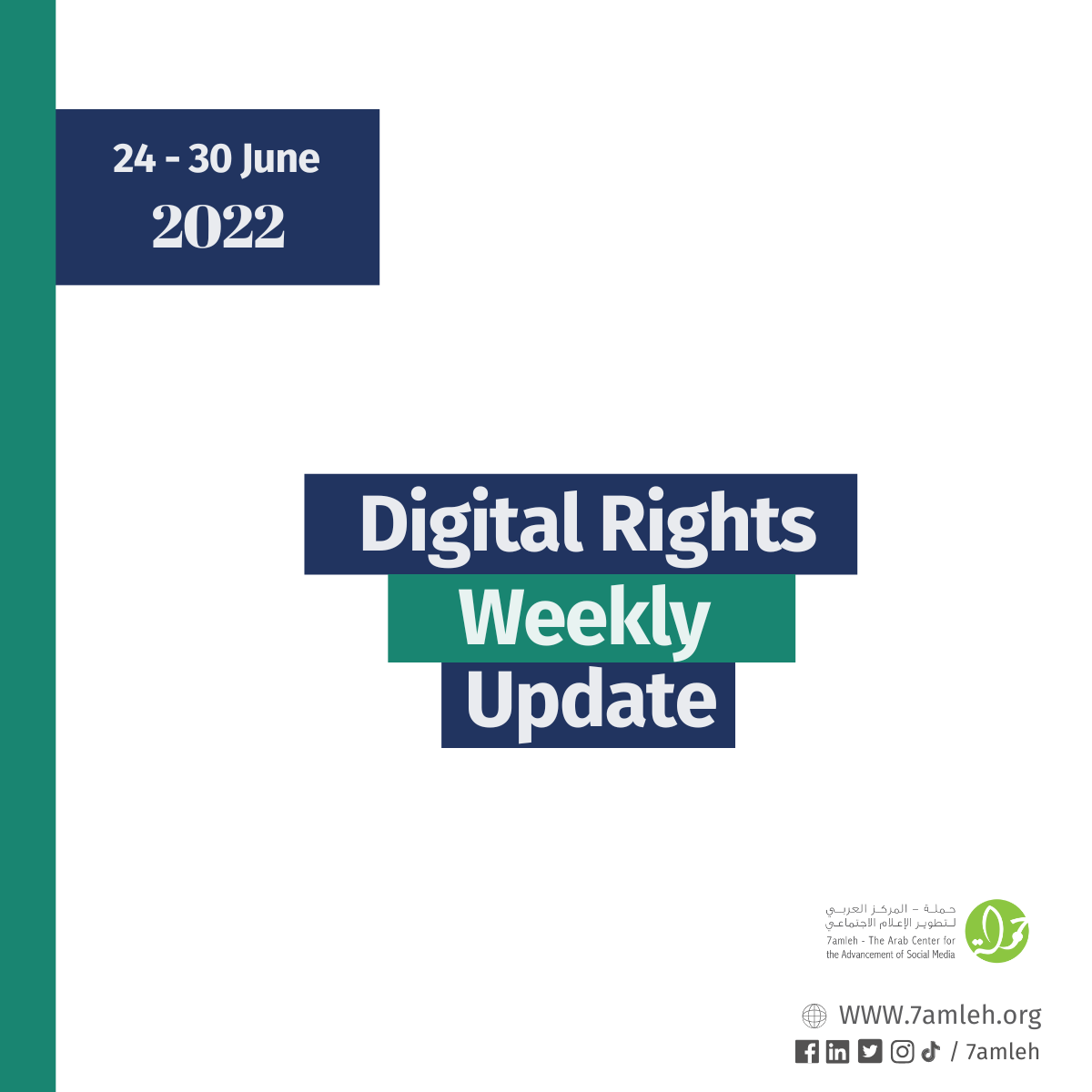 The Palestinian scene has recently witnessed an escalation in violence and incitment, as well as shrinking of space for freedom of speech and civil freedoms in Palestine. Palestinian civil society organizations, including feminsit and human rights organizations, monitored discrimonatory events against LGBTQIA+ Palestinians, accompanied by hate speech, violence, and incitment on social media, which has led to an escalation in real world hommophobic attacks, and has endangered the safety and lives of queer Palestinians. We the undersigned organizations condemn such violent events, and consider them an attack on spaces for freedom of speech for all Palestinians everywhere. We believe in the protection of human rights and freedoms as our compass in our national struggle for freedom, justice, and national collective and individual rights, and reassure the indivisibility of rights and freedoms.

7amleh – the Arab Center for the Advancement of Social Media released a new survey results titled “Survey of Attitudes towards Privacy and Data Protection in the Palestinian Context” which aims to illustrate and analyse the level of awareness and understanding among Palestinian society in the occupied Palestinian territory regarding a number of aspects relating to the right to privacy and data protection and how it is approached in the local context. [...] The survey findings revealed important indicators, pointing to deficiencies in certain aspects, and the necessity to call for review and analysis regarding the right to privacy in the occupied Palestinian territories. Among other indicators; namely, 52% of the participants believe that their privacy and personal data lacks protection, while 32% of the participants expressed that their privacy had previously been breached or their personal data used without their knowledge or consent. Furthermore, about 69% of respondents supported a Palestinian legislation to protect privacy and personal data, including electronic data.

An Israeli military tech company has created a new gadget which will enable the military to see through walls. The Camero Xaver 1000 uses artificial intelligence-based tracking to detect live objects and people behind walls and buildings, and even tells users whether the object is an adult, a child or an animal. This 'easy-to-use' system features a 10-inch touch screen and promises X-ray vision through walls "at the push of a button".

Explained: What is Shadow Banning, How is it Used to Censor Social Media Content (English)

From Bella Hadid claiming her pro-Palestine social media posts were shadow-banned to India reportedly leading in content takedown requests, content moderation via machine learning has a strange relationship with freedom of speech, censorship, as well as one's social media reach. Bella Hadid, last month, accused Instagram of shadow banning her pro-Palestine content. Hadid isn't the first person to complain about digital censorship in relation to the Israeli-Palestinian conflict. Following Israel's bombing of Gaza last year, several pro-Palestine activists also asserted that their posts/content was being shadow-banned on Facebook and Instagram.

The Hacking Industry Faces the End of an Era (English)

NSO Group, the world’s most notorious hacking company, could soon cease to exist. The Israeli firm, still reeling from US sanctions, has been in talks about a possible acquisition by the American military contractor L3 Harris. The deal is far from certain—there is considerable opposition from both the White House and US intelligence—but if it goes through, it’s likely to involve the dismantling of NSO Group and the end of an era. The company and its technology would likely be folded into a unit within L3 Harris. The American firm already has its own offensive cyber division, known as Trenchant, which has quietly become one of the most sophisticated and successful such shops in the world, in large part thanks to a strategy of smart international acquisitions.