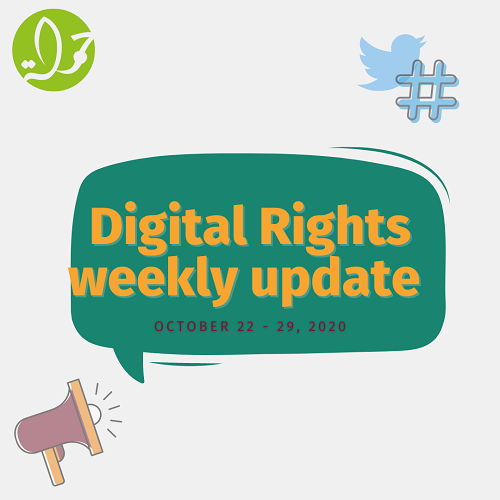 The Islamic Resistance Movement "Hamas", in a statement issued by the head of the movement's Council of International Relations, Basem Naeem, on Wednesday, said that the social networking site "Twitter" has banned many active Palestinian accounts, saying that this aims to silence and eradicate the Palestinian narrative.

The Palestinian economy suffers from structural distortions resulting from the policies of Israeli colonial hegemony, which established dependency relations on the Israeli economy, and imposed restrictions on the growth of various Palestinian economic sectors, especially the information and communication technology sector, as the occupation authorities impose hegemony over the Palestinian technological space and impede its development by making use of fourth industrial revolution technologies ; ata time when the world is moving towards the post-digital era.

Sada Social:Twitter suspends and blocks dozens of Palestinian accounts or the ones that adopt the Palestinian narrative (Arabic) - Sada Social

Sada Social center received many complaints, from Twitter accounts that were suspended due to Twitter's allegation that they violated the platform’s standards and terms of service in regards to "amplifying the dissemination of information."

Israel has reached out to Twitter with a request to shut down dozens of fake profiles stirring up anti-Israeli sentiments, the Strategic Affairs Ministry said Tuesday.

The Israeli side continues to escalate its war on the Palestinian side by supporting everything that can strike the Palestinian economy by expanding the digital gap between the two sides. This is evident in several practices, the most prominent of which was the granting of the Israeli telecommunications company "Bezeq" to operate in the areas of the West Bank, which was not enough for the Israelis!

From Palestine to China, Zoom has no business censoring dissent - +972 Magazine

Tech giants are acting as internet gatekeepers, dictating what narratives are permissible and who can freely express their opinions.

There is a growing unease that the decisions taken by social media corporations can have a harmful impact on our lives. These platforms, despite enjoying an effective monopoly over the virtual public square, have long avoided serious scrutiny or accountability.

The online workshop entitled, “The Palestinian Media in light of political changes and elections”, was joined by a large number of journalists, academics, lawyers, researchers and representatives of the Palestinian civil society. They discussed the importance of developing Palestinian media in terms of bringing the focus on developing modern media mediums, social media platforms and digital journalism to confront challenges and narrate the Palestinian reality and stories to the world.

Vice Magazine, on 13th October 2020, featured an article on 7amleh’s work on gender-based violence online (GBVO) in their Arabic language online magazine titled, “Advice from 7amleh on how to protect yourself from online harassment,” highlighting the importance of 7amleh’s work on GBVO.