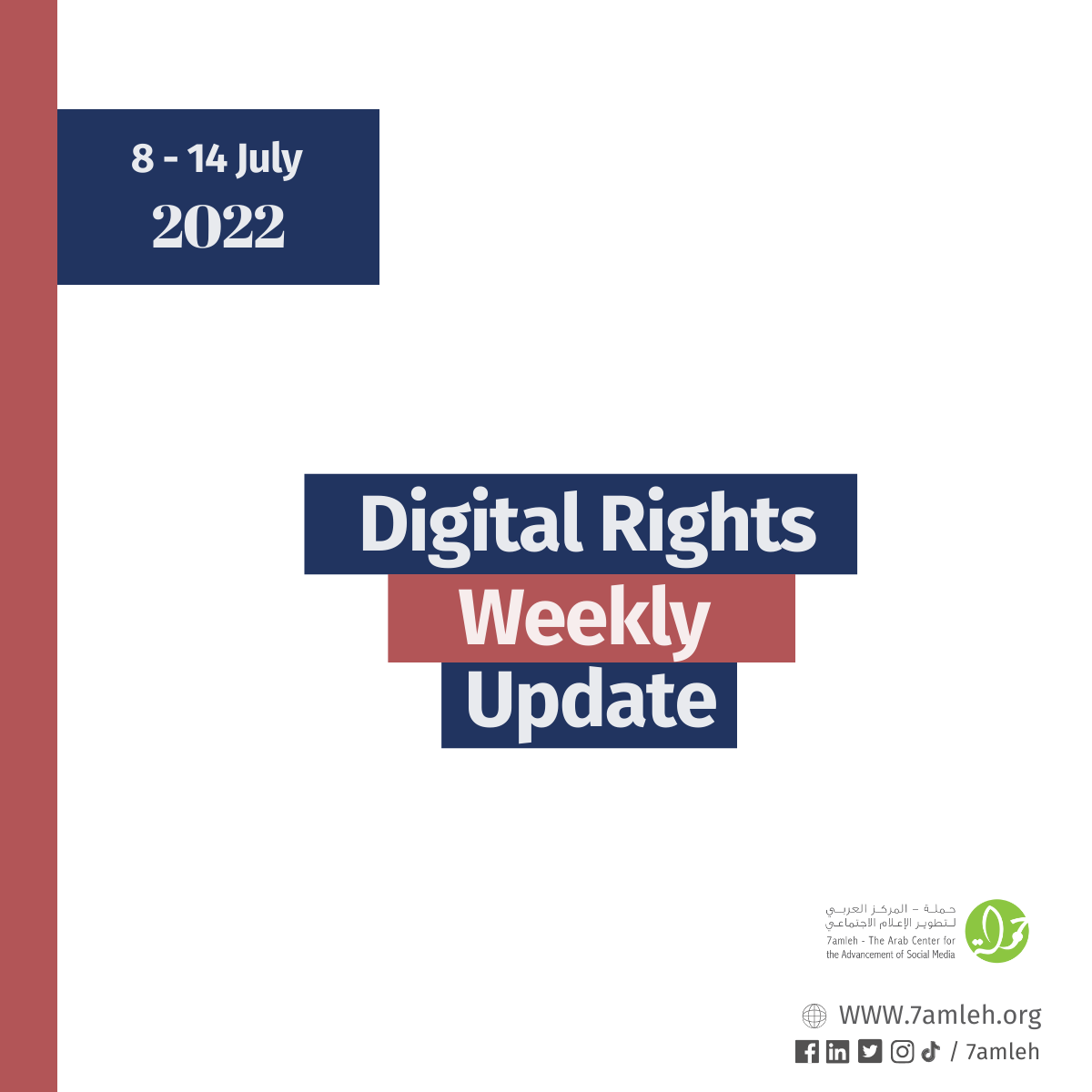 Late last year, the Israeli Ministerial Committee for Legislation unanimously approved the controversial Incitement on Social Media Bill. Israeli lawmakers claim the bill, dubbed the “Facebook Bill”, will allow the government to remove user-generated content they believe constitutes “incitement” or “causes harm” from social media platforms such as Twitter, Facebook and Instagram. The bill goes further than any seen in other countries, and allows the Israeli authorities to not just remove content on social media, but also block content on all websites, including new-based platforms. It will allow the Israeli general attorney to use secret evidence in court to remove content, and prevent content creators from defending themselves and their work.

During the second quarter of 2022 (April to June 2022), the status of human rights in the digital space was no different than the overall human rights status in the Palestinian context; the reporting period witnessed growing challenges and complications that scaled up to violations in the Palestinian digital space. Digital space communication companies and social media platforms maintained their practices of constraining and banning Palestinian content, while, on the other hand, allowing the Israeli authorities to develop technologies and propose draft laws that promote its authority to further control and track content in digital space. In addition, the Palestinian authorities still detain and summon social media activists, violating their right to free opinion and expression. On the other hand, the Palestinian authorities fail to legally and systematically address important issues such as privacy and access to information.

A court in Germany has declared that Deutsche Welle unlawfully fired a Palestinian journalist based on false accusations of anti-Semitism. Maram Salem was among a group of Arab journalists fired by the government broadcaster following an official smear campaign accusing them of anti-Jewish bigotry because of comments or criticisms about Israel. On Wednesday, the labor court in Bonn ruled Salem’s dismissal to be invalid. “The Facebook posts she was accused of were not anti-Semitic and the termination was unlawful, the court stated during the hearing,” according to a statement provided by her lawyer Ahmed Abed.

Apple (AAPL) on Thursday unveiled a unique new security feature designed specifically to take on the kind of dangerous spyware used by governments to eavesdrop on everyone from political dissidents and activists to journalists around the world. The feature, called Lockdown Mode and available later this year with the release of iOS 16, iPadOS 16, and macOS Ventura, will allow Apple users to cut off access to a slew of communication features on their devices, ensuring, at least for now, that malicious actors can’t access their information.