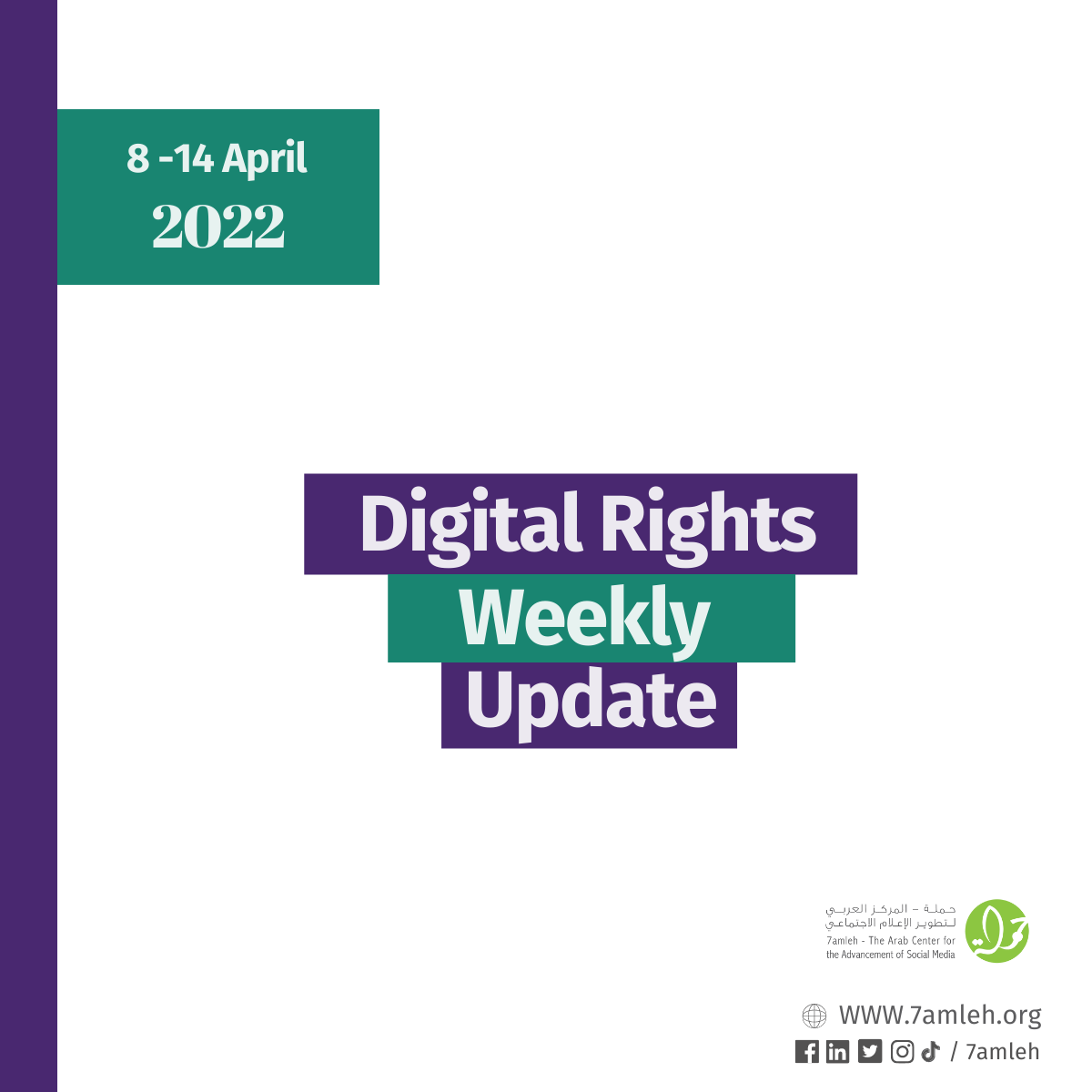 The first quarter of the new year witnessed a calmness regarding major political and social events in the Palestinian society, but the daily practices of the Israeli authorities, and the daily treatment of companies that affect many digital rights, continued at the same pace. The most prominent feature of the first quarter of this year is the exposure of the biases of the policies of social media platforms, especially Meta, during the Russian-Ukrainian war.

Under Israeli surveillance: Living in dystopia, in Palestine (English)

Jerusalem and the West Bank are some of the world’s most surveilled places. Not a moment passes without us being made aware of the scale of intrusive surveillance constantly monitoring us: advanced facial recognition cameras, license plate readers, spyware on our computers and mobile devices, as well as technologies that enable Israeli authorities to listen in to any – and all – of our phone calls.

“Meta agrees that they should respect national calls for self-defense for Ukrainians, but they have never granted that to Syrians or Palestinians,” Fatafta said, noting that Facebook was quick to exempt the Azov Battalion from its Dangerous Organizations policy but not other similarly designated groups. “Imagine Facebook making an exception for Hamas calling for resistance or self-defense against the Israeli occupation. It is unthinkable.”