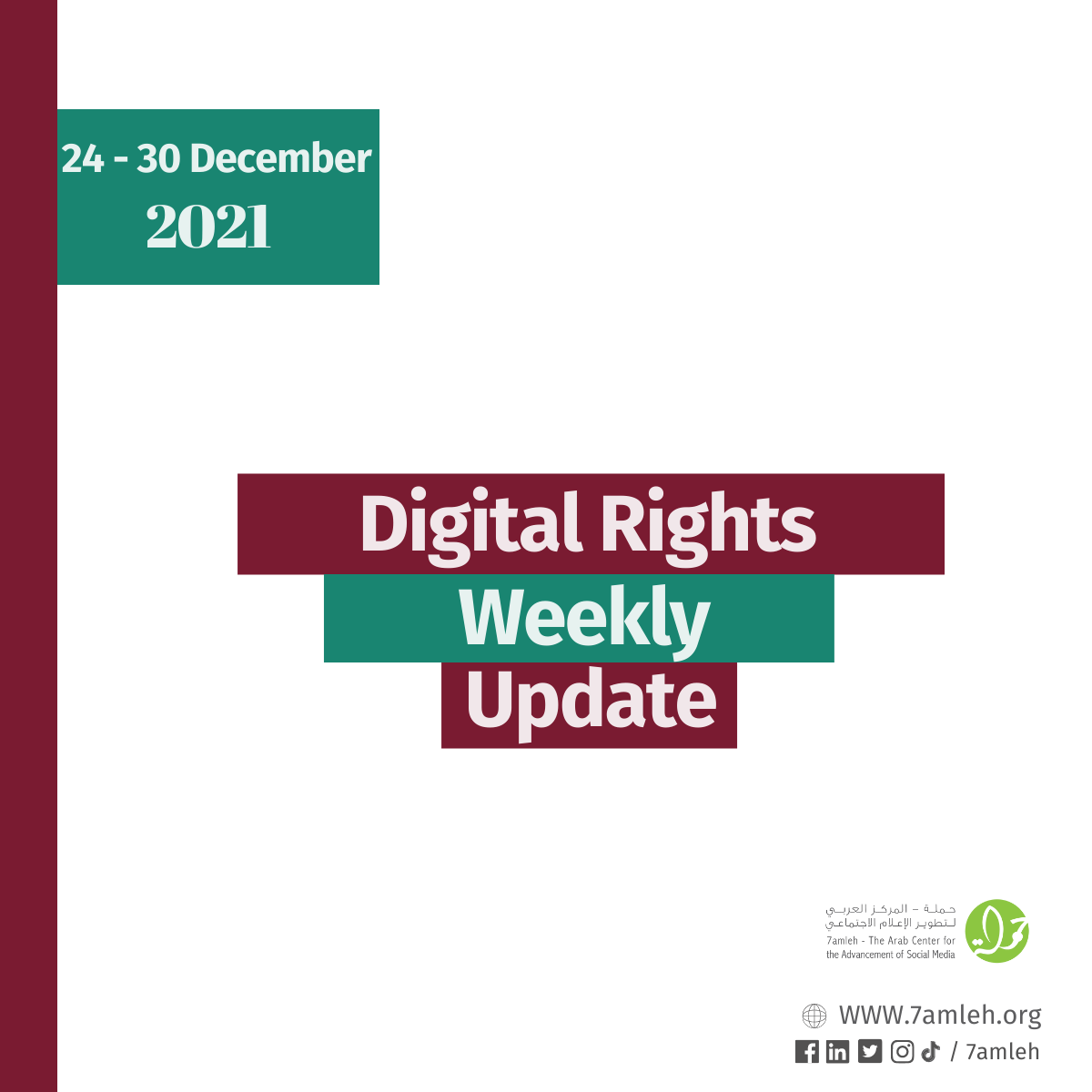 The Palestinian Digital Rights Coalition (PDRC) and the Palestinian Human Rights Organizations Council (PHROC) warn against passing the “Facebook Law” in the Israeli Knesset and its serious repercussions on Palestinian digital rights. The coalition sees this law as a direct and grave threat to the rights to freedom of opinion and expression for Palestinians and others in the digital space, and an additional “legal” restriction to the already multiple limitations imposed on Palestinian voices and advocacy for the Palestinian cause regarding Palestinian content on social media platforms. It should be noted that this law is a development and an extension of previous laws that Israeli ministers attempted to pass  in 2016 and 2017, which were unsuccessful; the Ministerial Committee approved the law in its current form, for Legislation during the first reading.

In a further sign of how Israel is cracking down on the Palestinian human rights community, it emerged in early November that a controversial Israeli cyber firm, NSO, had installed spyware on the phones of three people working for the Palestinian human rights groups Israel has targeted. It is the first time evidence has been found of such spyware being used against Palestinian organizations, potentially implicating the Israeli government itself.

NSO staff’s capabilities were no doubt honed in the fight to suppress all forms of Palestinian resistance and Arab opposition, while serving to bolster Israel’s military and intelligence services. Israel was one of the first states to use Facebook as a tool of repression, using it against the Palestinians. All NSO’s founders and start-up funders appear to have previous links with Israel’s cyber security body, Unit 8200, originally set up in the mid-2000s for intelligence gathering and hacking in the region—specifically against the Palestinians and Lebanese.

7or Platform: Confronting Silicon Valley and its Adoption of Israel's Narrative (Arabic)

The recent events in the Palestinian territories revealed how deep is the cooperation between social media platforms and the Israeli occupation government. These platforms, on top of them Facebook, deleted thousands of posts, photos and videos, and restricted many Palestinian accounts or those in solidarity with the Palestinian cause. 7amleh was receiving reports of digital rights violations, and trying to recover accounts that were targeted by companies. Amid the rise of violations, 7amleh launched the “7or” platform to document violations against Palestinian digital rights.