7amleh published an Arabic-language video-series raising awareness about fake news and how to fact-check news, in response to the increase of misinformation in Palestine and its detrimental impact on civil society. 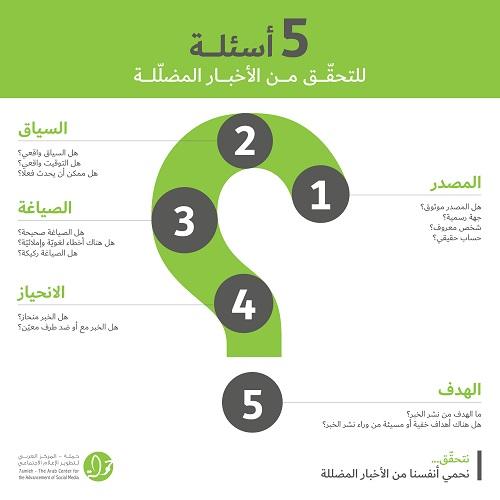 Let’s check - to protect ourselves from fake news

7amleh - The Arab Center for the Advancement of Social Media published an Arabic-language video-series raising awareness about fake news and how to fact-check news, in response to the increase of misinformation in Palestine and its detrimental impact on civil society.

The videos, featuring Dr. Omar Abu Arqoub, focus on the importance of a culture of fact-checking news stories before publishing them. This starts from our initial reaction to the news we receive, highlighting the need to question the sources and be critical, especially with online news. Furthermore, the context, wording, possible bias and the aim of news items should also be questioned.

Due to the pervasiveness of fake news in Palestine, especially on social media, the video series raises awareness on how to verify the authenticity of social media pages, in particular on Facebook, for example, accounts with pictures and proper names are more trustworthy, a blue mark indicates a verified account, and objective and unbiased reporting.

Additionally, to fake news, there is also the phenomena of ‘fake images’ and ‘fake videos’; the video series includes explanations on verifying images and videos, as well. In regards to images, Dr. Omar explains tools such as Google Images, TinEye, Yandex images and others, while for videos the easiest possibility is to use the aforementioned tools to check a screenshot from the video. Furthermore, the video title can be cross-checked with news sites, or the YouTube data viewer employed.

This fake news video series has gathered a large audience throughout 7amleh’s social media channels, with views on YouTube exceeding 90,000 views within one week, and more than 72,000 views on other social media sites.

7amleh launched this campaign based on the findings of its report “Fake News in Palestine: Exploratory Research into the Content, Channels and Responses”, which found that 72% of Palestinians have been exposed to fake news. Furthermore, it is part of 7amleh’s ongoing efforts to raise awareness and build the capacity of Palestinian civil society on digital rights, digital security and digital advocacy skills.

Watch the full series (in Arabic)