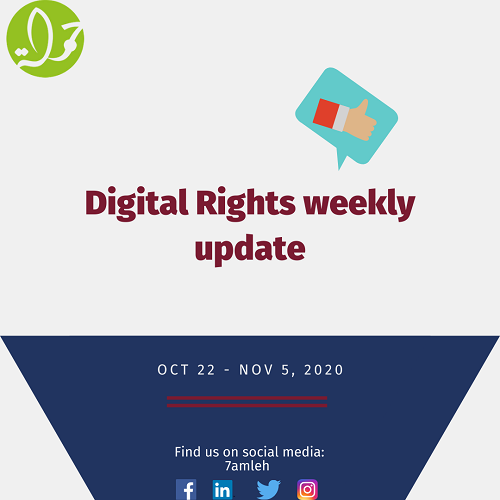 Leeds University, which held an online conference featuring Palestinian Leila Khaled - banned by Zoom - is investigating the event which was banned by the university, but still took place. The online webinar was cancelled by Zoom who labelled Leila Khaled as a ‘terrorist’, and has caused some outcry as an attack on academic freedom and freedom of expression.

As Zoom has increasingly come under scrutiny for their role in limiting academic freedom and freedom of expression after they cancelled an online webinar featuring Palestinian Leila Khaled, Zoom is evaluating their role between moderating harmful content and censoring free speech.

Social Media giant Twitter suspends large number of Palestinian accounts on the request of the Israeli government. The profiles, which according to Twitter are in violation of its terms of service, have been posting content criticizing Israel. This highlights again social media companies close cooperation with the Israeli government and thus the censorship of Palestinian content.

Israeli deputy health minister requests extension of Israeli security service Shin Bet’s authority to surveille corona virus infected people till the end of the pandemic. A petition is pending at the Israeli High Court regarding this programmes violation of the right to privacy.

Palestinian Citizen of Israel politican Ayman Odeh requested takedown of video by notorious right-wing fans of Israeli soccer club insulting Islam. The video had been online since 2016, but recently gained in popularity, before it was removed after Odeh’s request.

The campaign was launched the Sada Social Center using the hashtag #TwitterCensorsPalestine. The campaign witnessed a wide participation in both Arabic and English, denouncing the site's recent policies against Palestinian content that criticises  the occupation and its policies.