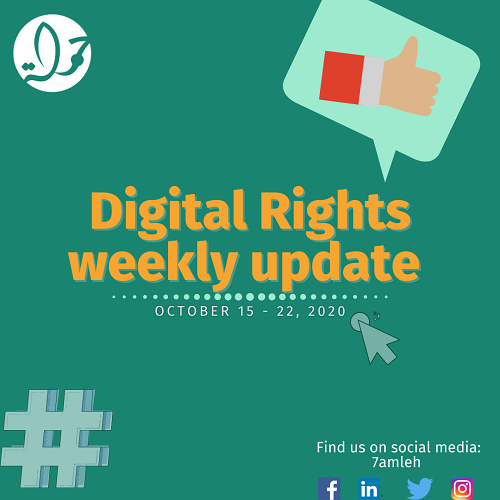 Amnesty International USA slammed U.S. Secretary of State Mike Pompeo's reported push to label the organization as antisemitic on Thursday, saying his "baseless accusations are yet another attempt to silence and intimidate international human rights organizations."

Sada Social center warns from the severity of the decoding anti-semtism project, expressing its concern that the project could be restricting and shrinking the space for freedom of expression and opinion online.

The Trump administration is considering declaring that several prominent international NGOs — including Amnesty International, Human Rights Watch and Oxfam — are anti-Semitic and that governments should not support them, two people familiar with the issue said.

The Al Mezan Center for Human Rights welcomes the recent answers by the Dutch government in response to parliamentary questions targeting Al Mezan. The questions had been filed by the right-wing Freedom Party (PVV) led by Geert Wilders based on a defamatory report by NGO Monitor, an Israeli organization working to undermine NGOs that defend Palestinian rights.

How does the Palestinian content face the bias of social media companies? (Arabic) - Smex

It was not a surprise for the Palestinian journalist Hani Al-Shaer to know that his facebook account has been deleted for the tenth time but what really surprised him was that he received a letter in June from facebook saying that he did not abide with facebook’s community standards at a time where he can became an expert on how to prevent posting any content opposing of the company’s policies.