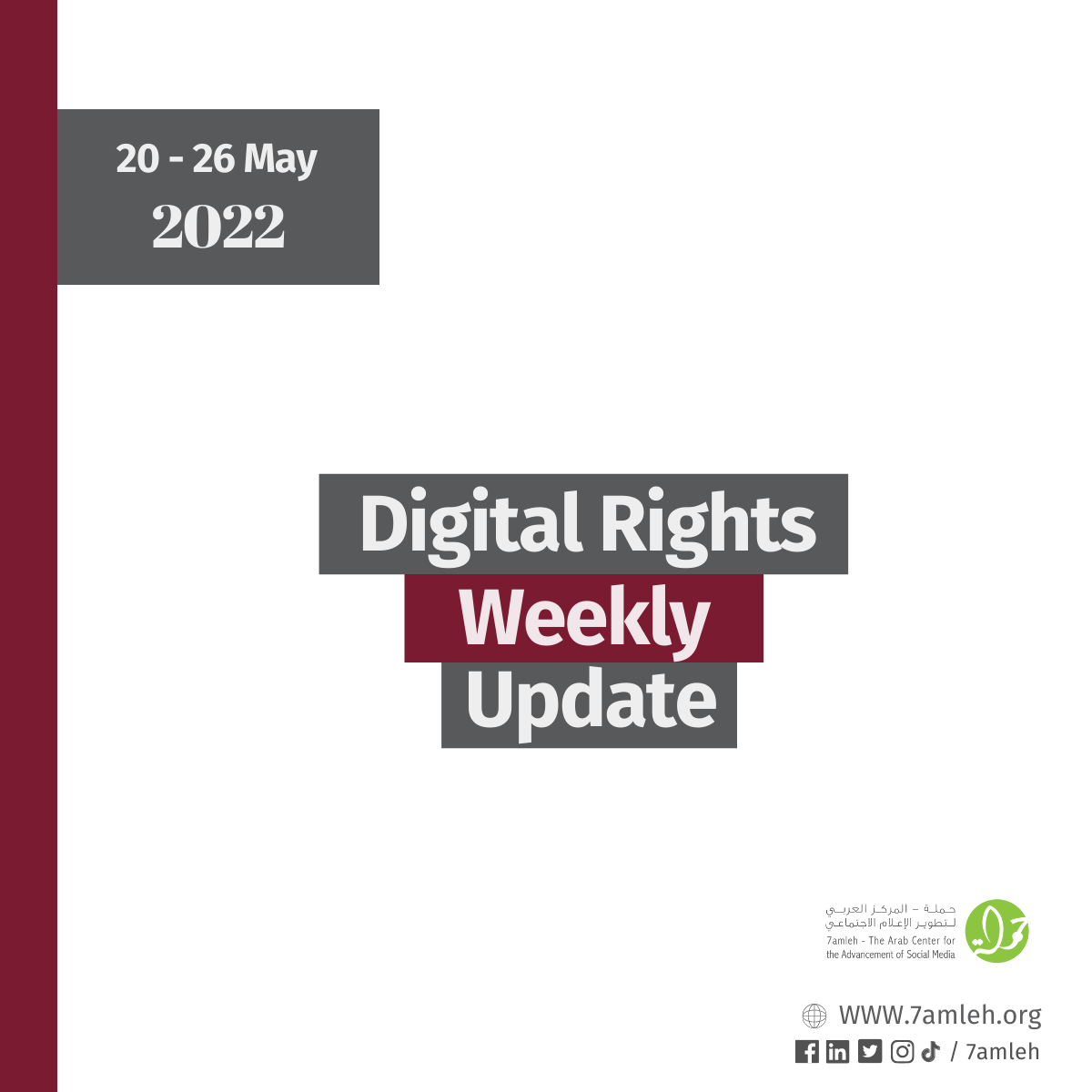 Speakers at a digital event on Sunday 22 May recommended that the public and private sectors intensify joint efforts to adapt and invest in digital technology to serve the elderly in Palestinian society, and work on employing digital smart transformation such as the Internet of Things, artificial intelligence, big data and financial technology, to integrate into various work sectors. This came during the activities of the World Telecommunication Day in the Information Society 2022, entitled "Digital technology for the elderly and enjoying good health in old age". This comes in the context of the figures stating that (77%) of the elderly have mobile phones, and (50%) have mobile phones that support smart applications.

Shireen Abu Aqleh, the Palestinian journalist who was assassinated by an Israeli sniper, was present at the Palestine Digital Activism Forum sponsored by the “7amleh”. 7amleh is a non-profit civil organization working to advocate for Palestinian digital rights. Since 2017, it has launched the forum annually to raise awareness about digital rights on the one hand, and to confront digital harassment imposed by international companies due to Israeli pressure on Palestinian content on the other hand.

The war of the novel..Israel fights Palestinian digital content with the restrictions of social media platforms (Arabic)

Despite the challenges and difficulties, the Palestinian people seek to continue investing in technical developments to the extent available to them, and perhaps what the official statistics data indicate according to results issued by the Palestinian Statistics Authority and the Ministry of Communications and Information Technology during the first quarter of 2022 to demonstrate the importance of the Internet in people’s lives. It is clear that 91% of the families in Palestine have or one of their members has access to the Internet service at home, by 91% in the West Bank and 90% in the Gaza Strip. The results also showed that there is no significant gap regarding the availability of Internet service among Palestinian families in The house is between urban and rural, where the percentage reached 80% in urban areas and 81% in rural areas, while it reached 75% in the camps (Palestinian Statistics, 2020).

A short time ago, a Palestinian activist on Twitter noticed that there were more than eighty new accounts following her. In fact, the activist said that these accounts were affiliated with the names of people tweeting from Palestine, but they were "from French or Francophone account." Other testimonies came about “mass following”, which turns the Twitter experience into a digital hell. In fact, as everyone knows, at the end of the day from fake follow-ups, you can collect 400 followers, for example, but you will eventually lose your account, and to avoid that the least useful solution is to report the fake account, but the best, and at the same time a little confusing, account is to convert the account to "private".

A report issued by the Ministry of Communications and Information Technology and the Palestinian Central Bureau of Statistics revealed that the Internet speed in Palestine has doubled 27 times over the past 11 years. The report indicated that the internet speed increased from half a megabyte in 2010 to 13.5 megabytes in the last year of 2021. The report indicated that there are about 405 thousand ADSL subscribers in Palestine, up from 110 thousand subscribers in 2010.