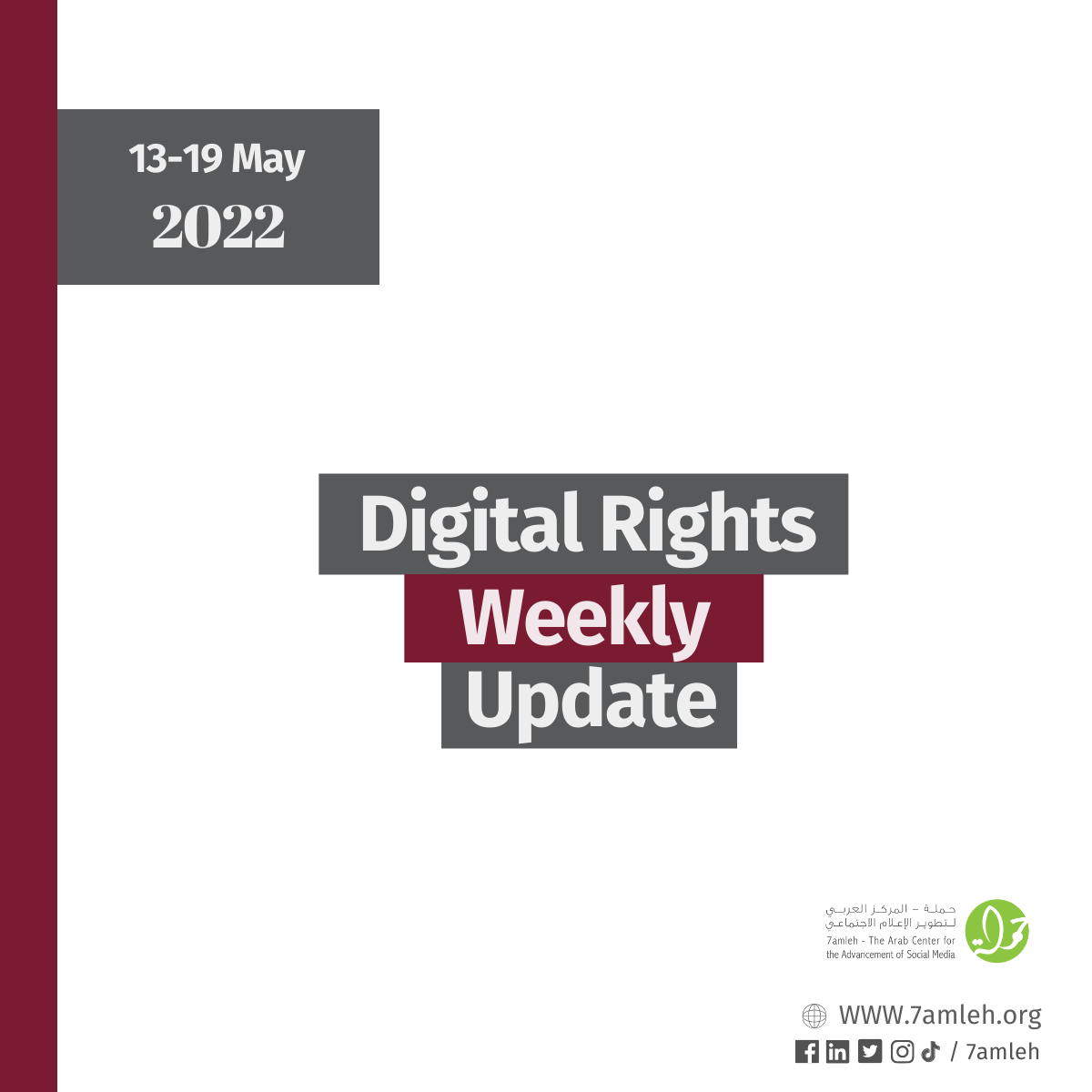 The conclusion of Palestine Digital Activism Forum 2022, with 1,300 participants from around the world (English)

Today 19 May, 7amleh - the Arab Center for the Advancement of Social Media concluded the sixth edition of its annual Palestine Digital Activism Forum 2022. The forum sawwide local, regional and international participation. More than 1300 participants joined the conference via Hopin, and more than 100.000 viewers tuned in on social media platforms. More than 120 speakers joined the virtual forum from around the world, as part of 50 digital events and in partnership with 60 local, regional and international partner organizations. This year’s forum was able to transcend barriers and borders, bringing  together Palestinians inside and outside of Palestine, in the diaspora and refugee camps, turning to intersectional struggle as an approach to position Palestinian digital rights within the the regional and international contexts.

Is pro-Palestine Content Being Censored on Social Media? (English)

According to Nadim Nashif, the executive director and co-founder of 7amleh: The Arab Centre for the Advancement of Social Media, this is more than just a bug in the system. “It’s systemic,” he tells Dazed. Nashif says there are three elements at play: biased content moderating systems, links between social media companies and the Israeli government, and coordinated attacks from “semi-governmental organizations” against pro-Palestine groups and individuals online.

From the end of April through the first few weeks of May, more than 40 pro-Palestine Twitter accounts reported mass followings. Digital-rights experts say acquiring huge amounts of fake followers triggers Twitter’s algorithm and can lead to the tech giant suspending an account, effectively censoring users by forcing them to make their accounts private. These accounts included those belonging to human rights and activist organizations Adalah, Combatants for Peace, Breaking the Silence, and Al Mezan Center for Human Rights. They also included news publications and journalists, like The Palestine Chronicle, Ali Abunimah and Hind Al-Eryani; and politicians, such as Husam Zomlot, the Palestinian ambassador to the United Kingdom. Twitter did not respond to MintPress inquiries on the source of the suspicious accounts.

GOOGLE AND AMAZON are both set to help build “Project Nimbus,” a mammoth new cloud computing project for the Israeli government and military that is spurring intense dissent among employees and the public alike. Shareholders of both firms will soon vote on resolutions that would mandate reconsideration of a project they fear has grave human rights consequences. Little is known of the plan, reportedly worth over $1 billion, beyond the fact that it would consolidate the Israeli government’s public sector cloud computing needs onto servers housed within the country’s borders and subject solely to Israeli law, rather than remote data centers distributed around the world.

Facebook has said it is closely reviewing the application of its content moderation policies, taking on board activist and user representations that there is bias in its removal decisions. Richard Lappin, Meta’s head of content policy in Europe and the Middle East, told the Palestine Digital Activism Forum that the company had “extensive processes” policies on content moderation which were “designed to be agnostic”, but that “it was important to hear views and feedback from all engaged communities”. Mazuba Haanyama, Meta’s head of human rights, public policy, Africa and Middle East & Turkey, told listeners at the forum that an internal review had started but it was “a long process” and the company “hoped to share results soon”.

The Israeli Ministry of Education (Al-Maaref) agreed with the General Security Agency (Shin Bet) that the latter would send information to the former about Arab teachers expressing political positions, or claiming that they “support or are involved in terrorist activity,” according to the Israeli public radio “Kan” today, Monday. “Kan” pointed out that the cooperation between the Ministry of Education and the Shin Bet in this context did not come only because of the two aforementioned operations, but “following other cases (including) publications on social networks by Arab teachers. The Ministry of Education is concerned with removing them from the education system or preventing them from accessing it in the first place.”

Google and Amazon Shareholders submitted two draft resolutions criticizing the signing of contracts with the Israeli government and army to transfer the Israeli government database to the cloud technology owned by the two companies. The two draft resolutions, which will be presented to the two companies’ annual shareholders’ meeting to be held next month, submitted by investors, demand revisions to the contracts signed with the Israeli government as part of a project called “Nimbus” that aims to transfer the government database to cloud technology. The two resolutions warn that this project may harm human rights and lead to a loss in the value of shares in the long run, noting that the value of the contract goes up to 1 Billion USD and will last for 5 years.