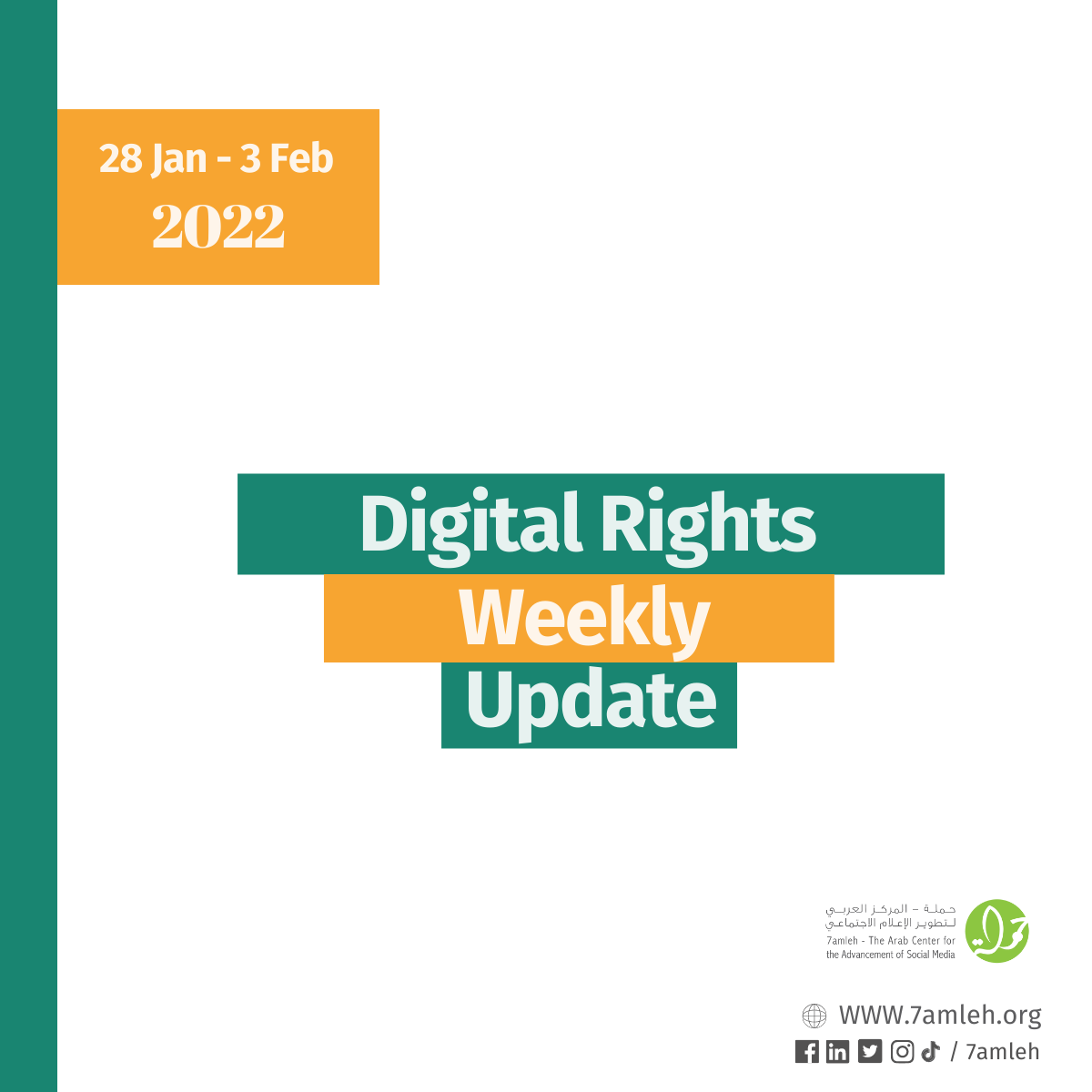 In May 2021, the world watched in horror as Israeli police evicted the Palestinian residents of Jerusalem’s Sheikh Jarrah neighborhood against their fervid resistance. Meanwhile, another fight was raging: that of narrative power. As journalists, citizen activists, and human rights organizations attempted to document Israel’s brutal crackdown, many found their communications subject to overzealous content moderation. Key social media posts were removed from influential platforms, including Twitter, Facebook, and Instagram, precisely when those posts were most crucial. The effect of this censorship, many contended, was to dramatically stifle the already marginalized voices of Palestinians, who hoped to show a global audience their lived reality under a violent occupation.

On the law of Censorship and Prosecution of Opinions! (English)

On December 27 2021, the Israeli Ministerial Committee for Legislation approved a proposed law to “prevent incitement on social networks,” which has been referred to in the media as the “Facebook Bill.” The proposed law gives the Israeli Public Prosecution the power to request the Administrative Court to issue an order to remove certain content from webpages and search engines, on the pretext that the content “constitutes a criminal offense,” and that the continued publication of which may “harm the safety of the individual, the public, or the security of the state”, using such overbroad undefined terms to criminalize expression online. The law applies to every website and search engine, whether or not they have representatives in the country.

7amleh - The Arab Center for Advancement of Social Media released its seventh annual report "Hashtag Palestine", which sheds light on digital rights violations that Palestinians and Pro-Palestinian supporters have been subjected to in the digital space, at the hands of the three governments and various technology companies, in conjunction with local escalations and developments on the ground. The report, in its seventh edition, shows the continuation and escalation of Israeli violations of Palestinian digital rights in 2021.

"Wafa" monitors incitement and racism in the Israeli media (English)

The Palestinian News and Information Agency "Wafa" monitored incitement and racism in the Israeli media, between 23 and 29 January 2022. In it’s report number (240), Wafa provides documentation of incitement and racist speech in the Israeli media: visual, written, audio, and social media pages of prominent Israeli political figures. The report monitored a group of inciting publications, as well as statements by Israeli officials, the most prominent of which was incitement against the Palestinians of Jerusalem, as they rejoiced and played in the snow during the last snowstorm, in the courtyards of al-Aqsa Mosque.

Another year has passed, while violations remain ongoing. How did the digital rights situation in Palestine look like last month? *Continued censorship of Palestinian content, with 43 violations within a month. *Approval of the "Facebook Bill” in the first reading in the Israeli Knesset. *The European Union’s continued involvement in Israeli spyware technology development. *More repercussions of the Pegasus spyware continue to unfold. *Increase in incitement and racist speech in the Israeli digital space.

A hacking group is targeting Palestinian people and organizations with a wave of years-old malware, according to research published Wednesday. The findings, from Cisco’s Talos threat intelligence division, unpack a surge of attacks starting around October 2021 targeting Palestinians using malware known as Micropsia. The attacks are part of a broader campaign dating back to 2017 connected to a group known as Arid Viper, an Arabic hacking group possibly associated with Hamas that first emerged in 2015.