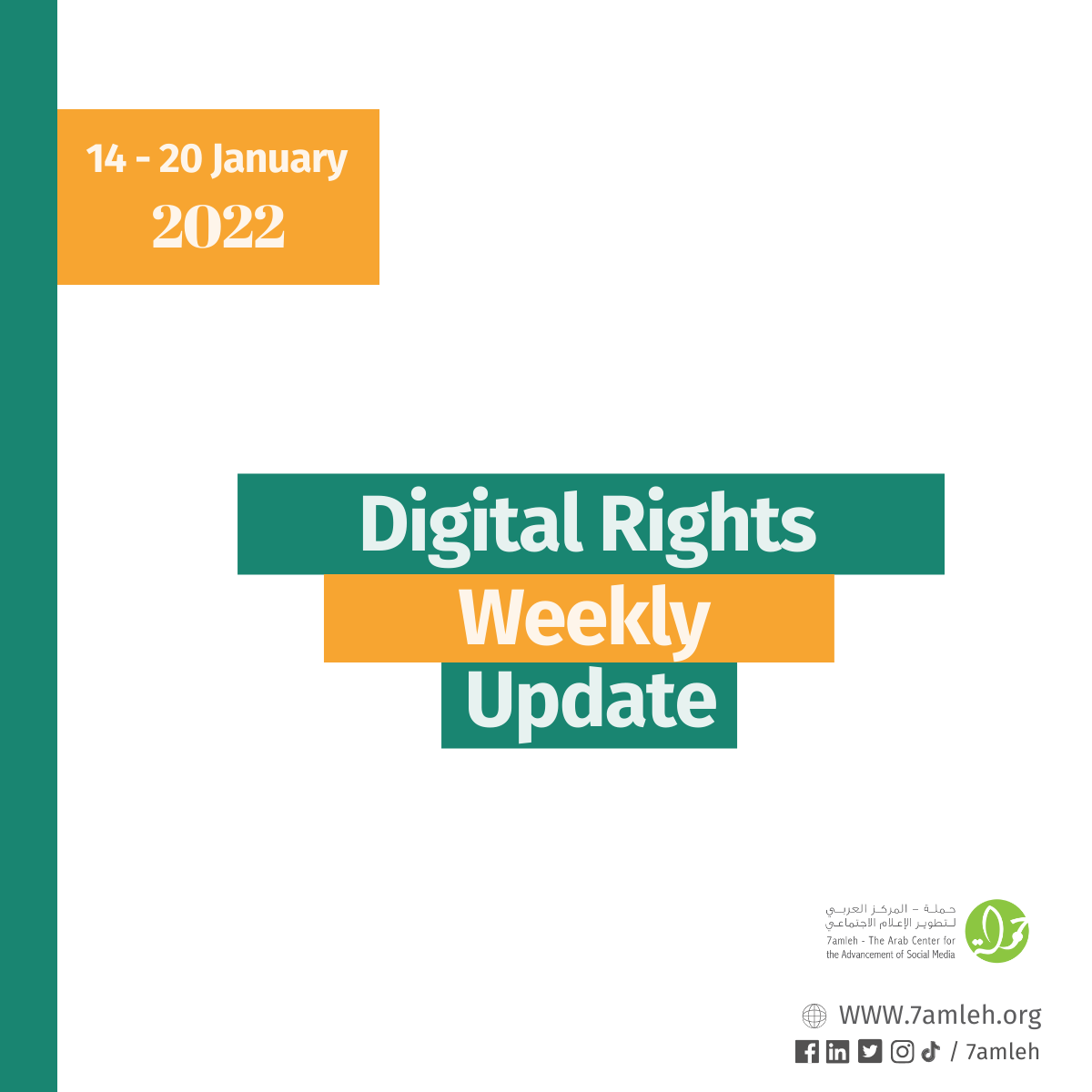 7amleh - the Arab Center for Advancement of Social Media released on Tuesday, 18 January 2022, the findings of the “Index of Racism and Incitement on Israeli Social Media in 2021”, which indicated an increase in hate speech by 8% since 2020, monitored 620,000 conversations including violence and inciting speech against Arabs, and recorded an increase by 46,000 posts including violence speech, compared with 574,000 in 2020. The 2021 index showed an increase in incitement by 3 times since 2020. Violence speech against Palestinians, Arabs and their representatives further intensified, constituting 11% of overall speech online – an unprecedented rate since 2017. The peak of violent speech was recorded in March 2021, during Israeli elections, and April-May, during the May Uprising and Israeli aggression on the Gaza Strip. Twitter was reported as the most utilised tool to share hate speech and incitement, with 58% of violent speech hosted on the platform. Facebook on the other hand hosted around 19%.

Hashtag Palestine, a new report released by the non-profit organization 7amleh-The Arab Center for Social Media Advancement, has said that over the course of 2021, 1,033 violations of digital rights on social media platforms, including content removal and account suspensions, were committed against Palestinians. “Social media platforms increased surveillance of Palestinian content, deleting and restricting hundreds of posts related to the Palestinian situation during a period not exceeding two weeks,” the report reads, with reference to the major events that took place in Palestine last May.

Israel police uses NSO’s Pegasus spyware to remotely hack phones of Israeli citizens, control them and extract information from them, Calcalist has revealed. Among those who had their phones broken into by police are mayors, leaders of political protests against former Prime Minister Benjamin Netanyahu, former governmental employees, and a person close to a senior politician. Calcalist learned that the hacking wasn’t done under court supervision, and police didn’t request a search or bugging warrant to conduct the surveillance. There is also no supervision on the data being collected, the way police use it, and how it distributes it to other investigative agencies, like the Israel Securities Authority and the Tax Authority.

Gideon Sa’ar is currently Israel’s justice minister and deputy prime minister. While his boss, Naftali Bennett, is moving rapidly to expand settlements and to worsen already horrific realities for Palestinians on the ground, Sa’ar is expanding the Israeli military occupation of Palestinians to the digital realm. What is known as the “Facebook Law” is set to grant “Israeli courts the power to demand the removal of user-generated content on social media content platforms that can be perceived as inflammatory or as harming ‘the security of the state’, or the security of people or the security of the public”. According to a December 30 statement by the Palestinian Digital Rights Coalition (PDRC) and the Palestinian Human Rights Organisations Council (PHROC), Israeli censorship of Palestinian content online has deepened since 2016, when Sa’ar’s bill was first introduced.

Facebook has threatened to terminate the personal account of the Executive Director of the Switzerland-based NGO, UN Watch, for violating community rules. According to the Times of Israel, Hillel Neuer, was also warned that his page had already been under sanctions for months to reduce its visibility. It comes after the director posted a photo in August of an Afghan Taliban to criticise boycotts against Israel.