7amleh - The Arab Center for the Advancement of Social Media released its Mid-Year Report! 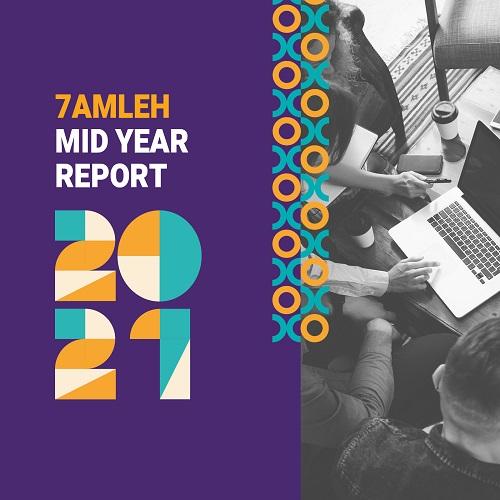 7amleh - The Arab Center for the Advancement of Social Media released its Mid-Year Report this Tuesday 27/07/2021. The report is a summary of the center’s main achievements during the first six months of 2021, in which the center released five publications, organized and participated in multiple local and international Palestinian digital rights campaigns and offered capacity-building trainings for Palestinian activists, students and civil society organizations, in addition to holding its fifith edition of the annual fPalestine Digital Activism Forum.

7amleh also released its annual “Hashtag Palestine” report, as well as a report titled “Mapping Digital Rights in the MENA Region.” The center has documented digital rights violations that took place, during the last few months, in two reports titled “The Attacks on Palestinian Digital Rights 2021,” and “Racism and Incitement against Palestinians and Arabs Index” which is in two editions, the first documenting racist and inciting speech against Palestinians in 2020, and the second documenting the same issues during Israel’s attack on Palestinians in May 2021.

7amleh doubled its work on local, regional and international lobbying and advocacy campaigns, due to the escalation of attacks on digital rights in the first half of this year. The center contributed to multiple reports and supporting evidence that were submitted to different United Nations bodies and the European Union. The center also continued to cooperate with social media companies to help develop fair policies, that would put an end to discrimination against Palestinians online. 7amleh also participated in a number of international advocacy campaigns, which targeted multiple companies such as Facebook, Google, PayPal, Stripe, Telegram and others whose policies continue to discriminate against and violate the digital rights of Palestinians.

As an outcome of its continuous work, 7amleh signed a Memo of Mutual Understanding with Twitter, which has officially made the center a member of Twitter’s Trust and Safety Council, in the Human and Digital Rights Group in particular.

Lastly, 7amleh participated in over 20 talks and webinars as a part of multiple conferences and events that took place online. This included the Stockholm Annual Internet Forum and the RightsCon conference in its 10th edition. The center further organized multiple webinars itself, in which it addressed a variety of different topics.

All of this comes as a continuation and accumulation of 7amleh’s work over the years, which aims to support, protect and advocate for Palestinian digital rights, in order to achieve a fair, safe and free digital space for Palestinians wherever they are.