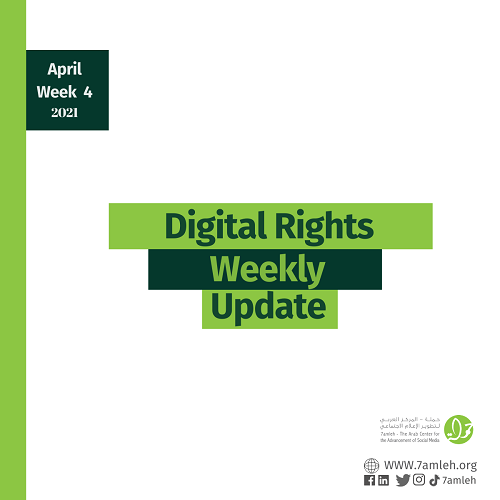 The International Campaign for Defence of Jerusalem published a statement about removing Jawdat Manna's Facebook account. Manna' is the coordinator of the campaatin. Read More

Facebook deleted the page of the Palestinian prisoner and political leader Marwan Barghouthi in responseto a complaint sent by the Israeli authorities. Read More

After Facebook disappointed them.. How did the Jerusalemites use TikTok in the uprising of Bab al-'Amud? (Al Jazeera/ Arabic)

The Israeli security services identified more than 50 Palestinian youth through the videos on TikTok and arrested them in allegations of documenting the uprising of Bab Al-’Amud. Read More

A group of six men recently created a TikTok video in which they encouraged others to commit sexual assaults on April 24. Read More