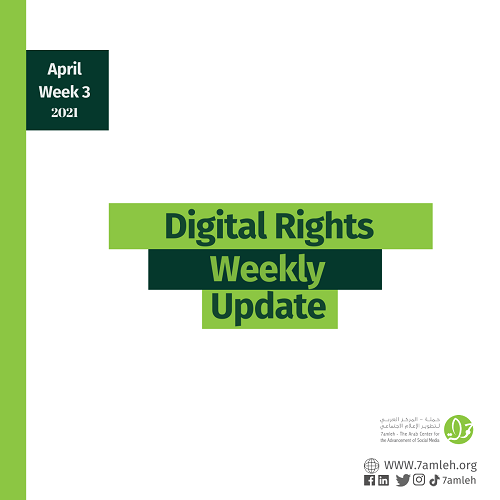 Facebook says it has disrupted a long-running cyberespionage campaign run by Palestinian intelligence which features spies posing as journalists and the deployment of a booby-trapped app for submitting human rights stories. Read More

7amleh in addition to 69 other human rights and journalist organizations have written an open letter to all Members of the European Parliament urging them to reject the new EU Online Terrorist Content Law. Read More

Facebook removes an event page for a panel about free speech in Palestine as well as the Arab and Muslim Ethnicities and Diasporas (AMED) Studies program’s page, which supports the event in San Francisco State University. Read More

Facebook Blocks a Palestinian Journalist for a Month (MenaFN/ Arabic)

Facebook has banned the account of journalist Dr. Khaled Maali from the West Bank for a month, as well as his page which is focusing on settlement news. Read More