This week we monitored updates about Tiktok, Clubhouse, Facebook, and much more! 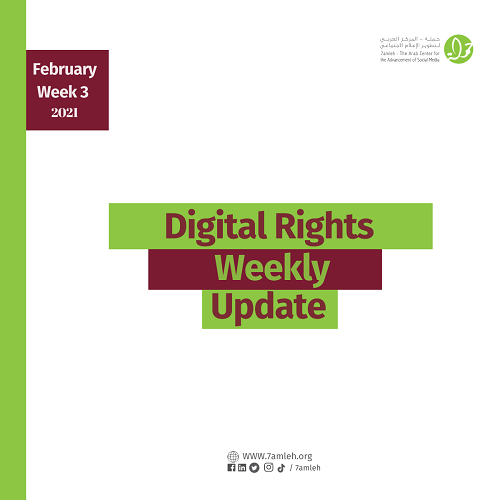 The Palestine Scholars Association denounced deleting their Facebook page and considered it as a systematic campaign through which Facebook aims to manage Palestinian content. Read more

In response to pressure from the Israeli government and its supporters, Facebook is currently reaching out to stakeholders to ask if criticizing Zionists falls within the rubric of hate speech per Facebook’s community standards. Read more

TikTok was hit with multiple complaints from EU consumer groups on Tuesday for allegedly violating the bloc’s consumer laws and for failing to protect children from hidden advertising and inappropriate content. Read more

About three-quarters of the content displayed on YouTube is video clips proposed through "Machiavellian" mechanisms designed to exploit gaps in human perception, including what is known as the "dark pattern." Read more

Voice chat app Clubhouse said it is reviewing data protection practices after a study said it contained security flaws that left users' data vulnerable to access by the Chinese government, according to a Reuters report. Read more

Roundtable Discussion: The Picture in Social...