Campaigns
Will the Israeli government succeed in blocking freedom of expression about Zionism on Facebook?

7amleh - The Arab Center for Social Media Development has been working with local and international human rights organizations to launch an international campaign and multilingual petition. 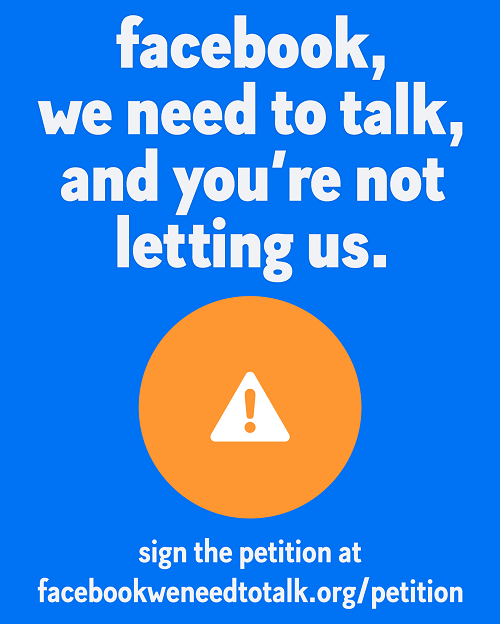 Haifa, Ramallah, January 27, 2021 - Facebook is under pressure from extremist Zionist organizations, and organizations supported by the Israeli government, to equate  the word ‘zionist’ with ‘Jewish’ and make criticism of zionism a violation of Facebook’s Community Standards and hate speech policy.

As Facebook is expected to issue its decision in February, 7amleh - The Arab Center for Social Media Development has been working with local and international human rights organizations to launch an international campaign and multilingual petition. The petition calls for protecting freedom of expression online and emphasizes how this policy change could silence defenders of human rights and Palestinians, who are subject to systematic racial discrimination, live under Israeli occupation and have been persecuted for decades.

In recent years, right-wing Zionist organizations and allies have been working to pressure governments, universities, companies and civil society institutions to adopt a new definition of anti-semitism, in which criticism of Zionism and the Israeli government are labelled as anti-Semitic. This definition does not allow Palestinans anad human rights defenders to hold Israel and the Zionist movement accountable for systematic discriminatory policies and practices against the Palestinians, in violation of their human rights and international law.

7amleh stresses the importance of addressing issues of  hate speech online, including anti-Semitism, Islamophobia, homophobia and other forms of racism and discrimination. However, 7amleh emphasizes that these definitions should not be manipulated in an attempt to limit freedom of expression and human rights. 7amleh stresses that Zionism is a political and ideological movement that is distinct from Judaism or Jewish identity. There are many Jewish people who are not Zionists and there are many Zionists who are not Jewish nor Israeli. Making ‘Zionist’ synonymous with ‘Jewish’ is a political move intended to protect the reputations of extremist Zionist organizations and the Israeli government.

7amleh stresses the need for social media companies, including Facebook, to ensure that governments and political movements are not using their platform to prevent individuals from expressing their opinion online and suppressing human rights activists and defenders.

7amleh emphasizes that there is a need to ensure that Facebook’s Community Standards and the policies of technology companies are in line with international law and respect human rights. In particular, when operating in places like Palestine, where there is unlawful military occupation and systematic violations of human rights, Facebook must protect people from governments and organizations seeking to further silence the oppressed and create a safe space for people to exercise their human rights, including their right to freedom of expression online and their right to self-determination.

Facebook must not be swayed by the powerful interests of governments and organizations and resist empowering policies and practices aimed at suppressing freedom of expression and opinion and deny Palestinians and other peoples living under occupation or oppressive political regimes from enjoying their basic human rights and digital rights.

7amleh warns that changes to Facebook’s Community Standards that make ‘Zionist’ synonymous with ‘Jewish’, would deprive people of their right to freedom of expression and inhibit them from documenting and describing human rights violations and sharing stories that accurately describe the daily lives of Palestinians and the violations committed on an ongoing basis by Israel and the Zionist movement.