7amleh – Arab Center for the Advancement of Social Media – organised an interactive panel discussion on the topic of ‘the picture in social media’, which took place on Wednesday 4th February 2015 at the Arab Cultural Association. Many designers, photographers and people with an interest in campaigning issues attended the session. 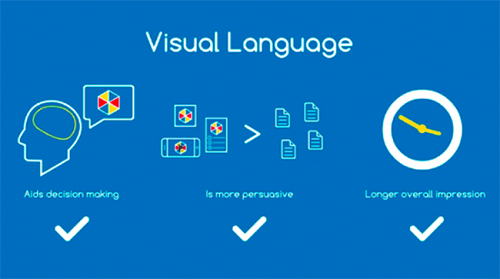 7amleh – Arab Center for the Advancement of Social Media – organised an interactive panel discussion on the topic of ‘the picture in social media’, which took place on Wednesday 4thFebruary 2015 at the Arab Cultural Association. Many designers, photographers and people with an interest in campaigning issues attended the session.

The panel was opened by 7amleh board member, Minem Marouf, who gave a short introduction about the center, its aims and activities. This was followed by a talk by the campaign designer and artist Hafeth Omar, who led the campaign for solidarity with Palestinian prisoners, which was prominent on social media over the summer.

Omar: “The evolution of image production and its use in the social, political and economic context have made the picture the most powerful and influential force on social media. In terms of developing visual language and its use in political messages, the image plays an extremely important role in the formation of political opinions and positions on the situation [in Palestine], and allows people to express solidarity with our [the Palestinian] cause.”

Omar was followed by the photographer Mohammed Badarne, who spoke about his experience working on an exhibit titled “Go Back Safely”, which aimed to raise awareness of the safety rights of Palestinian workers – the exhibition was later purchased by the International Labour Organisation (ILO). Badarne stressed the role documentary photography plays in changing society, and the importance of balancing the subject of a photography project with nascent social and political issues.

Abed Tamish, a designer and manager of media campaigns, also participated in the roundtable. He spoke about building online social awareness campaigns, referring to his experience as campaign designer for “Know Your Limits” a campaign against the harassment of women. Tamish stressed the importance of visual language in community awareness campaigns. Tamish : “The success of media campaigns depends on building a strategy in the beginning, by defining different aspects of the overall goal and choosing visual symbols which reflect this and will have a striking effect on the public. These visual symbols will urge the viewer to think, albeit due to a provocative image or message in the campaign. Nevertheless, this causes people to rethink the topic, and this influences the public awareness of the wider community”.

The last speaker was designer and activist Mohaned Abu Ghosh, who spoke on the historical evolution of Palestinian political posters from the 70s to the 90s, and how the designers were influenced by political and technological factors. Abu Ghosh: “The need for political posters and visual communication stems from the struggle to influence global audiences and to channel the political awareness of Palestinian youth.” Abu Ghosh spoke about the changes in Palestinian poster designs, and the differences in their target audience before and after Oslo, as well as the development of visual production and its contents. He linked this development to the disappearance of the need for political posters and the deterioration in political visuals.

At the end of the evening, the photographer Riya Mana’a – who faciliated the session- thanked the attendees and invited them to participate in the next 7amleh session in March, which will be about Palestinian activist participation in Wikipedia.

Surveillance of Palestinians and the Fight fo...

"Connection Interrupted ": A New Report of 7a...