More than 20 influencers, activists and content makers participated in 7amleh’s awareness campaign to oppose the phenomenon of gender based violence, harassment and extortion via the internet across various social media networks. The campaign included videos and infographics that were shared by influencers across the West Bank, Jerusalem, Gaza Strip and by Palestinian Citizens of Israel. 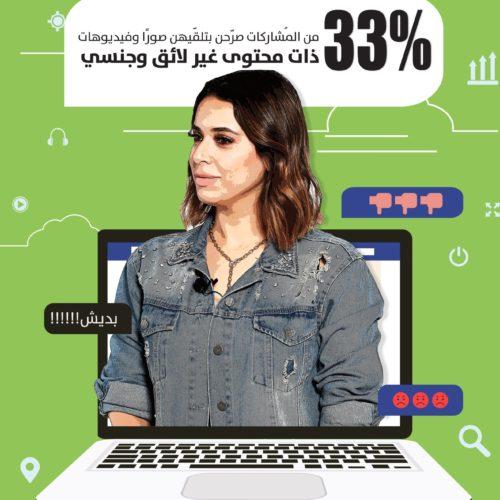 In conjunction with the international 16-day campaign to combat violence against women, 7amleh - The Arab Center for the Advancement of Social Media, organized an awareness raising campaign to oppose the phenomenon of violence, harassment and extortion via the internet - reaching more than 1.000.000 people. The campaign was based on the research that the center recently produced in cooperation with Kvinna till Kvinna Foundation entitled “A Violent Network: Gender Based Violence Against Palestinian Women in the Online Space”. The study found that one out of every three Palestinian women are subjected to violence and harassment on social media and other internet platforms.

The influencers participated in the campaign on various social media platforms but focused on the young generation and primarily utilized the instagram platform. Influencers spoke about the GBVO and encouraged their followers to engage and share their experience, including sharing stories of harassment and blocking harassers. The hashtag #BlocktheHarasser was associated with this part of the campaign.  Dina Azzouni, one of the influencers, stated in her video that she was subjected to many harmful and inappropriate comments on her social media accounts in the past, forcing her to close down her accounts temporarily. She asked the audience about their experiences and what steps they are taking to fight this type of comments.

Iman Bassiouni, an influencer, said that this phenomenon is dangerous and requires collective efforts to address the offensive content, extortion and sexual harassment. She encouraged victims to talk about the issue and asked about their responses to this kind of content. Mustafa Qeblawi, a presenter, stated that his message during the campaign was aimed at the idea of including family or an adult and trusted person as a first step, if we are subjected to sexual harassment or blackmail online. Taking down the account should not be the first solution and there are other ways to deal with these situations.

It is worth noting that the campaign was launched with the generous support of Kvinna till Kvinna Foundation, produced in cooperation with the CDA ADV office in Nazareth along with the creative accompaniment of the journalist Mustafa Qablawi. 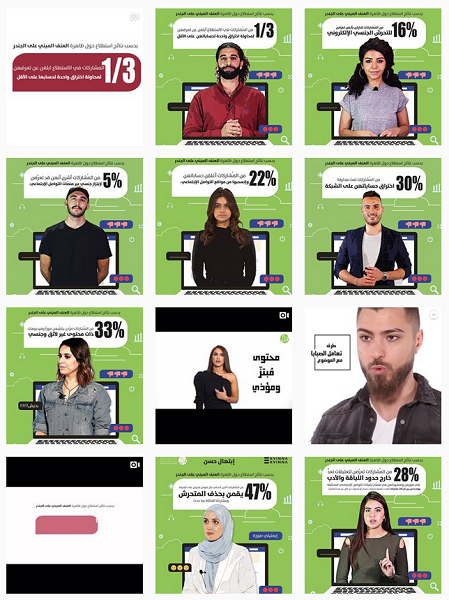 Palestinian Narrative: Censorship and Creativity in Time of...