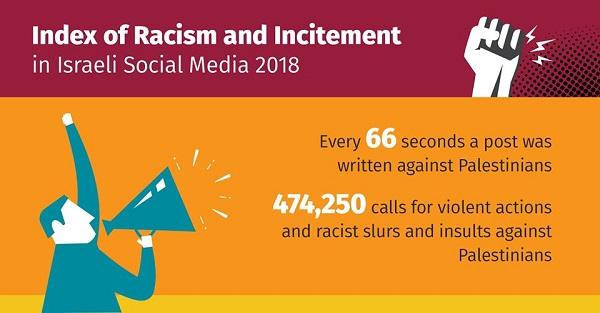 In 2018, 474,250 inciting posts against Palestinians were written. Legislation about the Nation-State Law was the main engine of racism for hate speech via Facebook. Palestinian politicians and Palestinians Citizens of Israel are most vulnerable to incitement. The results of the Index of Racism and Incitement in Israeli social media, released annually by 7amleh - The Arab Center for the Advancement of Social Media, shows a staggering rise in incitement and Israeli racism against Palestinians on social networks in the past year (2017 - 2018). The most hate and racism in 2018 was directed at Palestinian members of the Israeli Knesset and their political parties in Israel during the discussions and passing of the Nation-State Law, which gives rights to only Jewish citizens. In general, the rate of racism and hate online has increased since 2017 and an inciting post was published every 66 seconds in 2018 (up from every 71 seconds in 2017).

This shows how politicians influence the escalation and descalation of hatred. Aside from politics, the year 2018 was also characterized by an increase in incitement against influential Palestinian Citizens of Israel in the Israeli media, such as the media figure Lucy Harish, who was attacked despite her general integration approach. Facebook remains the main platform for violence and incitement (66%), with right-wing news pages supporting violent, racist activism online. There is also a high level of violent rhetoric via Twitter due to the political nature of the platform (16%), which doubled from last year (7%).

"The Israeli government bears responsibility for the continued and increasing incitement against Arabs and Palestinians on social networks," said Nadeem Nashif, General Director of 7amleh Center concerning the results of the 2018 Index of Racism. "As Facebook is the main source of violence and incitement online, especially on right-wing Israeli news pages, we will continue to advocate for Facebook to review their policies and to prevent incitement, hatred and racism online.” 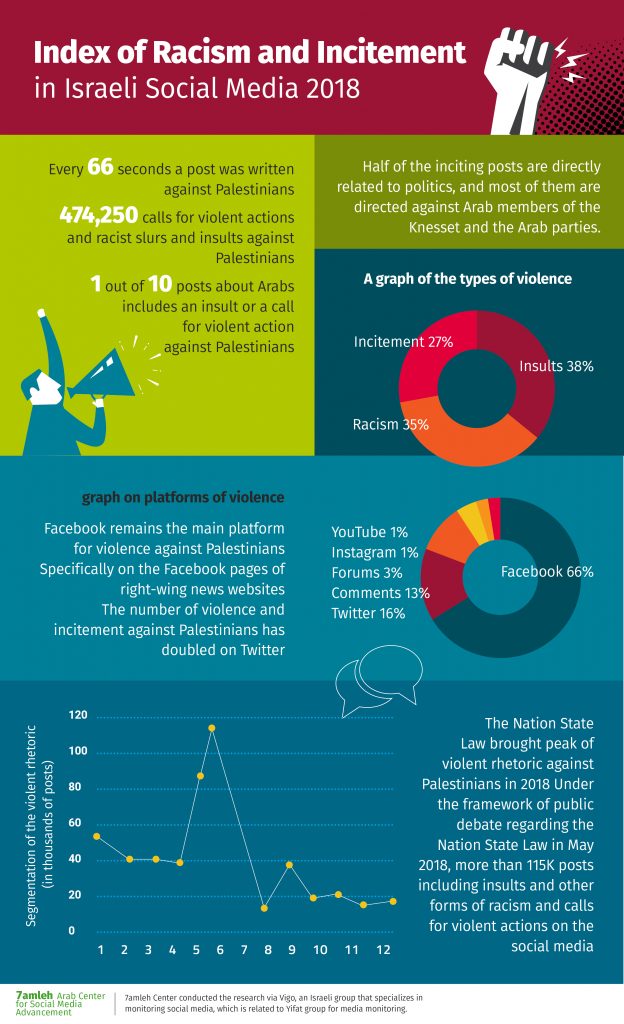 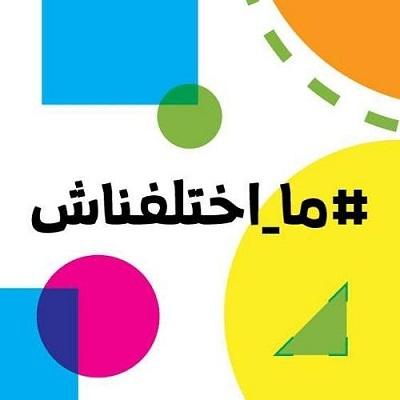 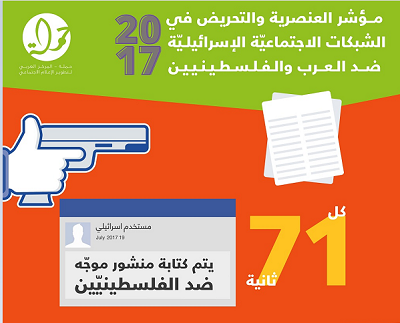