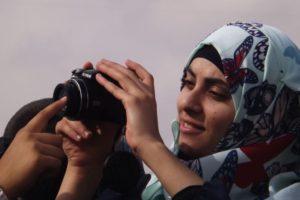 Water is a chemical compound made from two atoms of hydrogen and one atom of oxygen. Water spreads on the Earth in different ways: as a liquid, a solid, and gas. Scientists have said water was created due to a huge explosion where the mass of one universe was broken into millions of pieces and created this planet and the galaxies. After this we know is that water appeared and began to trickle down into the ground condensing into heavy gases and exiting into the atmosphere as hydrogen and oxygen. It began to rain and it soon evaporated due to the hot temperature of the ground. When the temperature cooled the event known as the Big Bang occurred and created the oceans, the rivers, and the beaches.

No one knew that one day people would be deprived of H2O and their thirst would be a daily nightmare. The residents of this village have their simplest rights violated: they are threatened with the demolition of their homes, the theft of their land, and deprived of their own water, the same water they have used since before the creation of Israel. Despite this they will continue to cultivate their land with hope, with every drop of water that flows to them from the tanker or their only faucet, with the steadfastness and strength of the Big Bang.