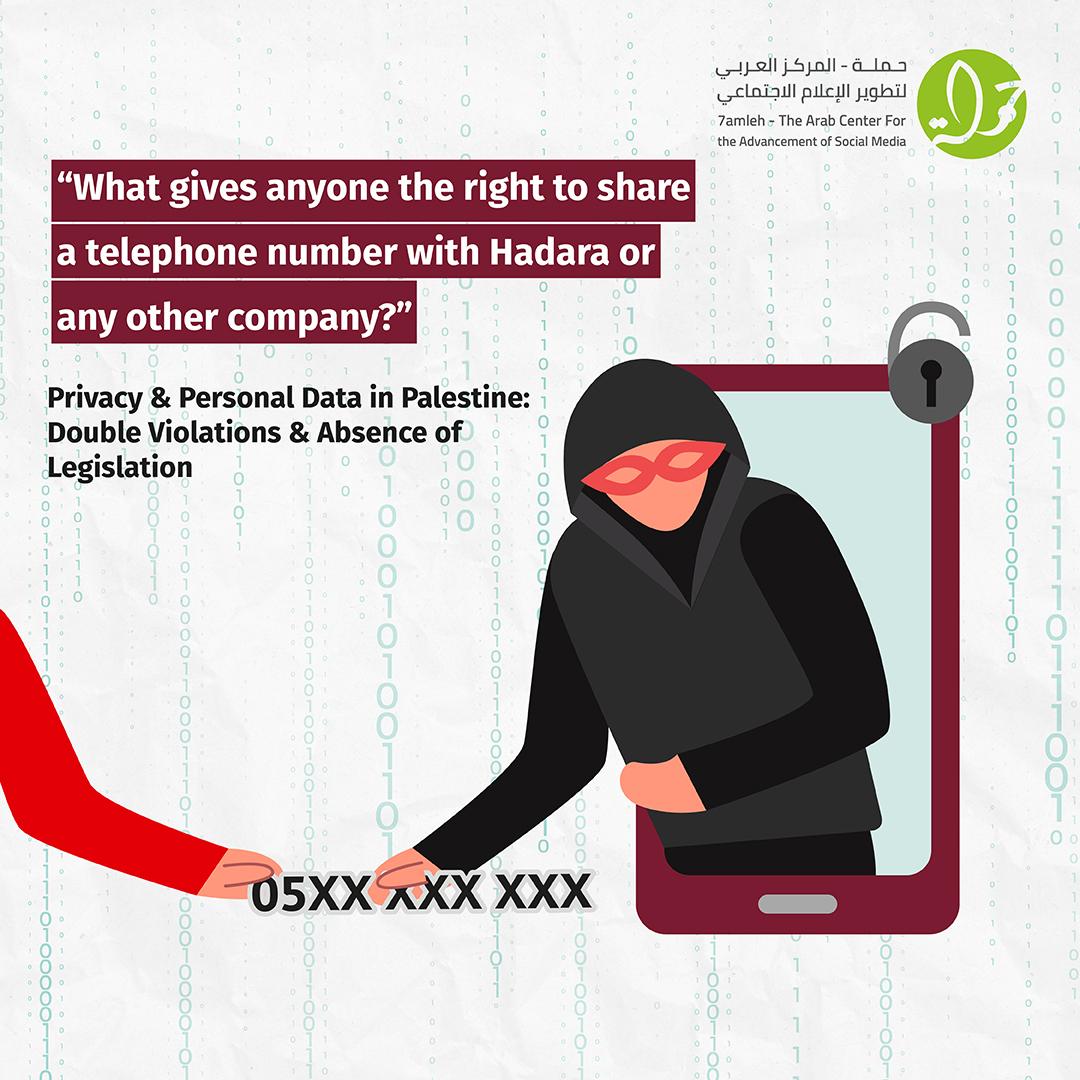 This report, conducted by Journalists Firas al Taweel and Buthaina Saffarini, sheds light on the issue of privacy and data protection in Palestine, examining the extent to which Palestinians’ privacy is respected and personal data protected, by the Palestinian Authority and telecommunications companies, internet providers, and digital payment companies, in the occupied Palestinian territory. It further investigates the relationship between private companies and Palestinian governmental bodies, and attempts to highlight how exposed Palestinians are, electronically and digitally, to the Israeli Authorities.

The report points to the absence of a comprehensive Palestinian law that gurantees the right to privacy and ensure accountability when violations occur. It also points to the lack of an independent oversight body that oversees the situation on privacy and guarantees compliance with such a law. The report further illustrates issues with existing legal codes often abused to violate the right to privacy, including; the Cybercrime Law by Decree which grants Public Prosecution and Judicial Police Officers it delegates, the ability to access private messages, confiscate and search mobile devices for an indefinite period, and other violations enabled by the law against citizens’ right to privacy. Similar violations are enabled by other legislations, without oversight or accountability, especially relating to activists, as most evident in the events following the killing of activist Nizar Banat and consequent suppression of protesters and wide confiscation of their phones.

The report further points to the lack of transparency within telecommunications and Internet companies in Palestine regarding the issue of users’ privacy. Similarly, the report points to a lack in transparency within governmental and official Palestinian bodies. In this regard, the report addresses the issue of the indefinite renewal of the contracts and licenses Palestinian companies PALTEL and Jawwal for 20 years, since 2016, which remain unpublised to this day, provoking many questions about this agreement, and whether or not it complies with existing laws, and implements proper boundaries between the companies and te government, in a way that guaranteed the privacy and protection of citizens’ data.

The report also documents attempts by different parties to access citizens’ data, including the Public Prosecution which receives requests from different security devices (especially Preventative Security and Intelligence) to access data relating to individuals involved in cases under investigation. This information often includes the suspects’ call log, with such requests reaching 26 thousand requests in 2021 alone. In addition to Public Prosecution, the report reveals requests by the Palestinian Anti-Corruptiob Comission to communication companies (PALTEL, Jawwal, and Oredoo) to access data about those involved in cases under investigation based on certain legal codes.

As for the Israeli Authorities, the report illustrates the total control they exercise over infrastructure, enabling them to carry out routine and daily breaches of Palestinians’ privacy, especially in the Gaza Strip, as well as listen to all phone calls conducted in the West Bank and theGaza Strip.

Finally, the disregard and abuse of the Palestinians’ right to privacy and data protection has reached an especially evident level, with violations by the Israeli Authorities on the one hand, while the Palestinian Authority continues to fail to fulfill its commitments towards Palestinians’ privacy, despite the fact that it has joined binding international treaties in this regard. To this day, a comprehensive Palestinian law to regulate the handling of personal data in a way that complies with international standards is yet to be issued, constituting an ongoing threat to the right to privacy and data protection in Palestine.

To read the full report: