One-third of Palestinian young women are subjected to violence and harassment on the Internet! 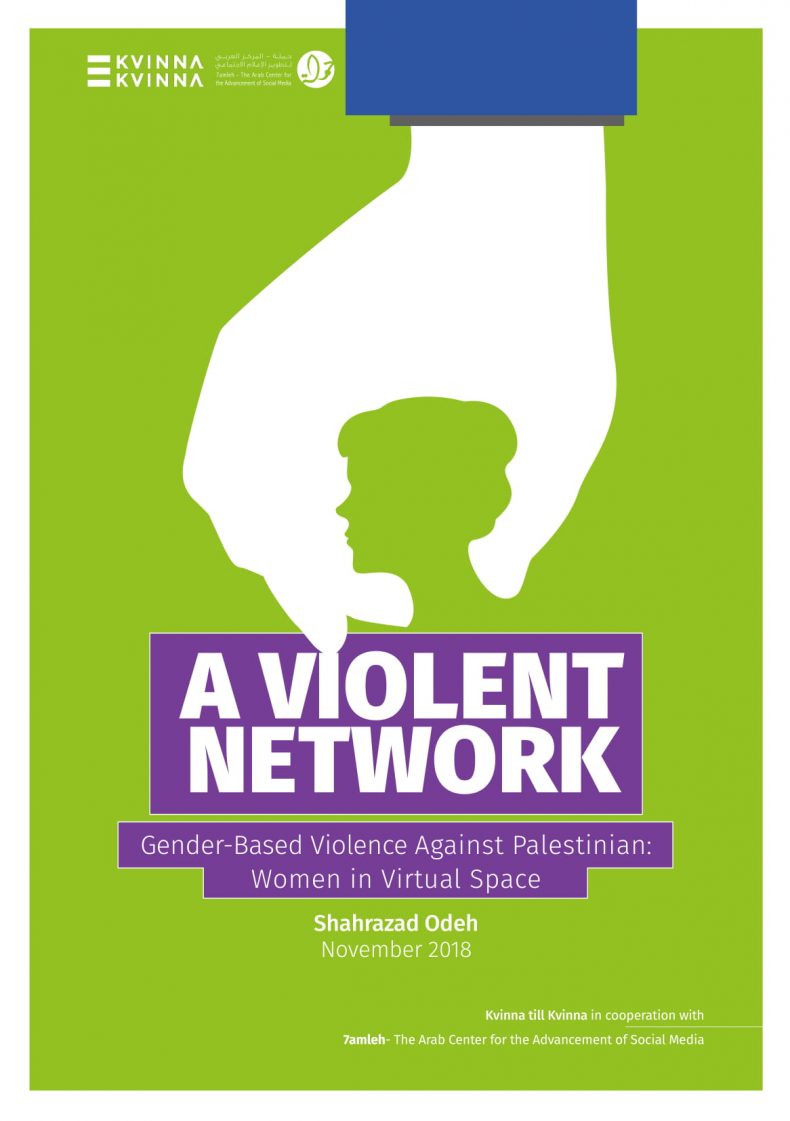 Throughout Palestine, this phenomenon has increased in the last few years, and varies from hacking accounts, publishing personal details, extortion, receiving pictures with inappropriate content and more. The research shows that one in four women closed their social media accounts and withdrew from the Internet as a result of violence and harassment, one third of the respondents realized attempts of hacking on their social media accounts and one third received  pornographic photos and videos without her consent. Whereas women still generally attempt to deal with such issues personally and in family and friend circles, with one in three women deleted the harasser and talking to his family to punish him, one sixth of the women deleted their own accounts, and only one out of four women made an official complaint with the police. At the same time, the study participants consider strengthened legislation surrounding this issue as part of the solution. Whereas half of the study participants blamed male chauvinistic upbringing as a reason for the spread of the phenomenon, more than three thirds blame the family for lacking supervision.

The main researcher of this report, Shahrazad Odeh, said: “This is a comprehensive study and the first of its kind that shows us the magnitude of the phenomenon and its extent. The  study will also serve as a basis for the work of the Palestinian institutions concerned with combating gender-based violence in the Internet and social network.”