Read the joint-statement 7amleh gave with the Association for Progressive Communications during the United Nations Human Rights Council in Geneva, Switzerland June 26th 2019. 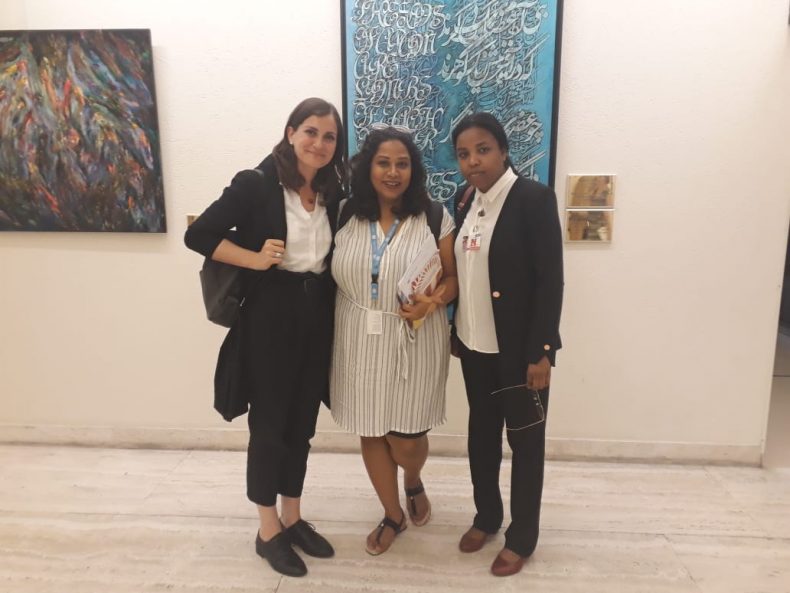 The Association for Progressive Communications and 7amleh – the Arab Center for the Advancement of Social Media echo the alarm
expressed by the Special Rapporteur over the ​ unlawful surveillance​ being carried out by states and companies without transparency,
accountability, oversight or redress.

As a member of civil society working in Palestine and Israel, ​ 7amleh is particularly concerned​ about the State of Israel and Israeli
companies selling technology to states known to violate international human rights law.

We are disturbed that people with expertise in cybersecurity and digital rights, who help protect activists from unlawful surveillance,
like Swedish software developer Ola Bini, have been targeted for their work. We implore the government of Ecuador to end his
political persecution.

We are also disturbed by the fact that social media companies are cooperating with governments to develop predictive policing and
surveillance practices and that their platforms are being used by governments and non-state actors to operate large armies of trolls
and spread hatred and misinformation.

According to 7amleh’s research, there was an inciting post against Palestinians published on social networks every 66 seconds. Most
posts were related to Israeli legislation. The Israeli government bears responsibility for the continued and increasing incitement
against Arabs and Palestinians on social networks.

Mr. President, the human rights law framework is in place, but a framework to monitor and enforce it is not.
What is the council doing to ensure that governments and companies comply with human rights norms?